Keep your kids’ brains busy and inspire innovation with simple STEAM projects you can do with the materials you have at home!

Get Creative with Food Coloring

You only need three ingredients to create an explosion of colors that will keep your kiddos entertained! This experiment will teach you about the special property of the soap molecules. When the soap touches the milk, it starts grabbing as many fat and protein molecules as it can. The attraction between the soap and the fat causes the molecules to move quickly, creating the colorful explosions. 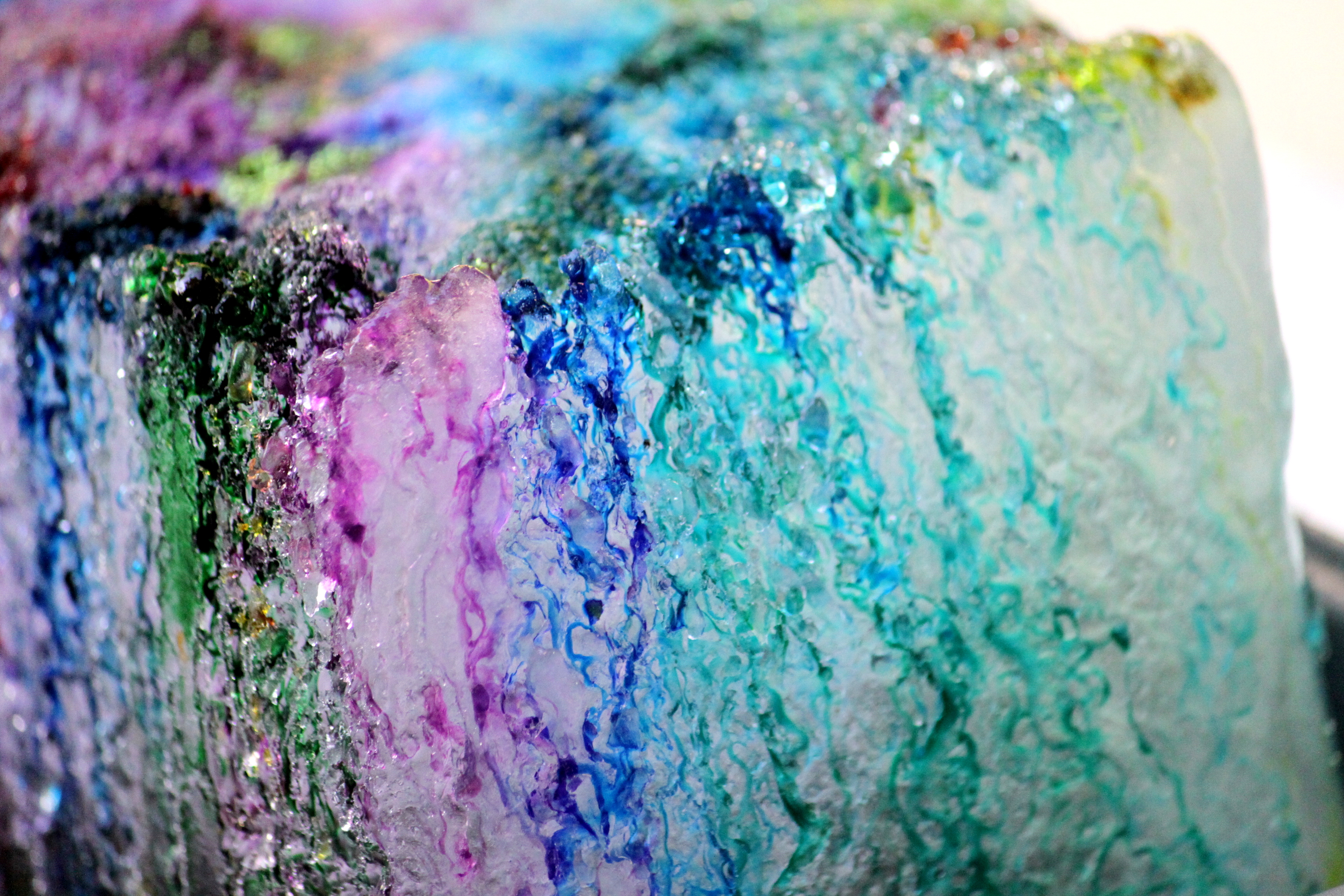 Investigate the scientific process with ice! Our lab book has six awesome and easy experiments that will keep your kids busy while you get work done. The best part is you can download or print out all the activities!

Who says chemistry has to be complicated? You only need three ingredients for this experiment: baking soda, food coloring, and vinegar. When you combine the ingredients, a chemical reaction occurs and results in a bubbling eruption of fizzing color! 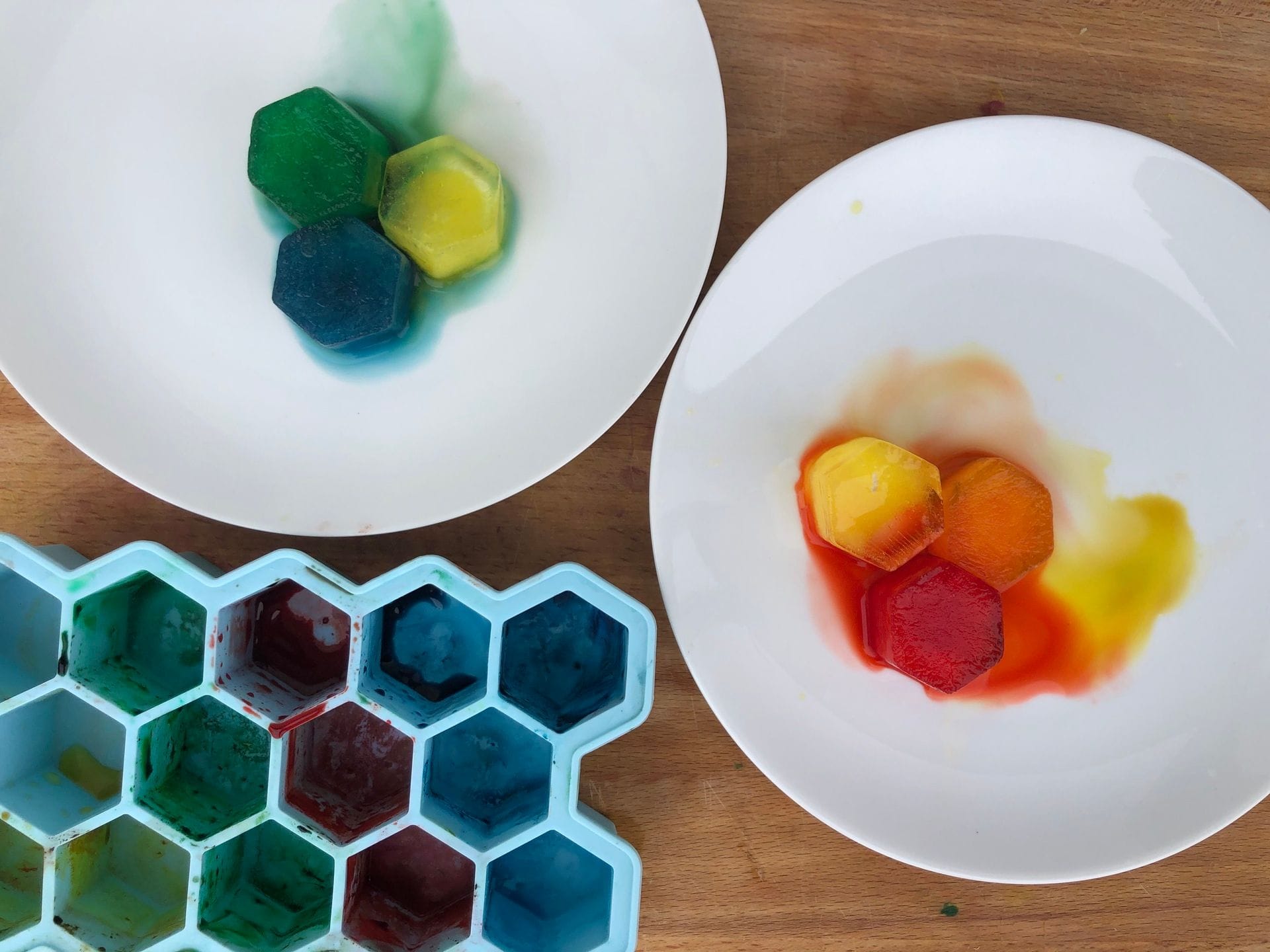 When we think of slime, we think of a super-fun gooey experience. But with plastic bags, we can create an awesome rainbow project that lets us enjoy slime and learn at the same time! In this experiment, we make slime in the three primary colors (red, yellow, and blue) and layer them up to produce secondary colors (orange, purple, and green). 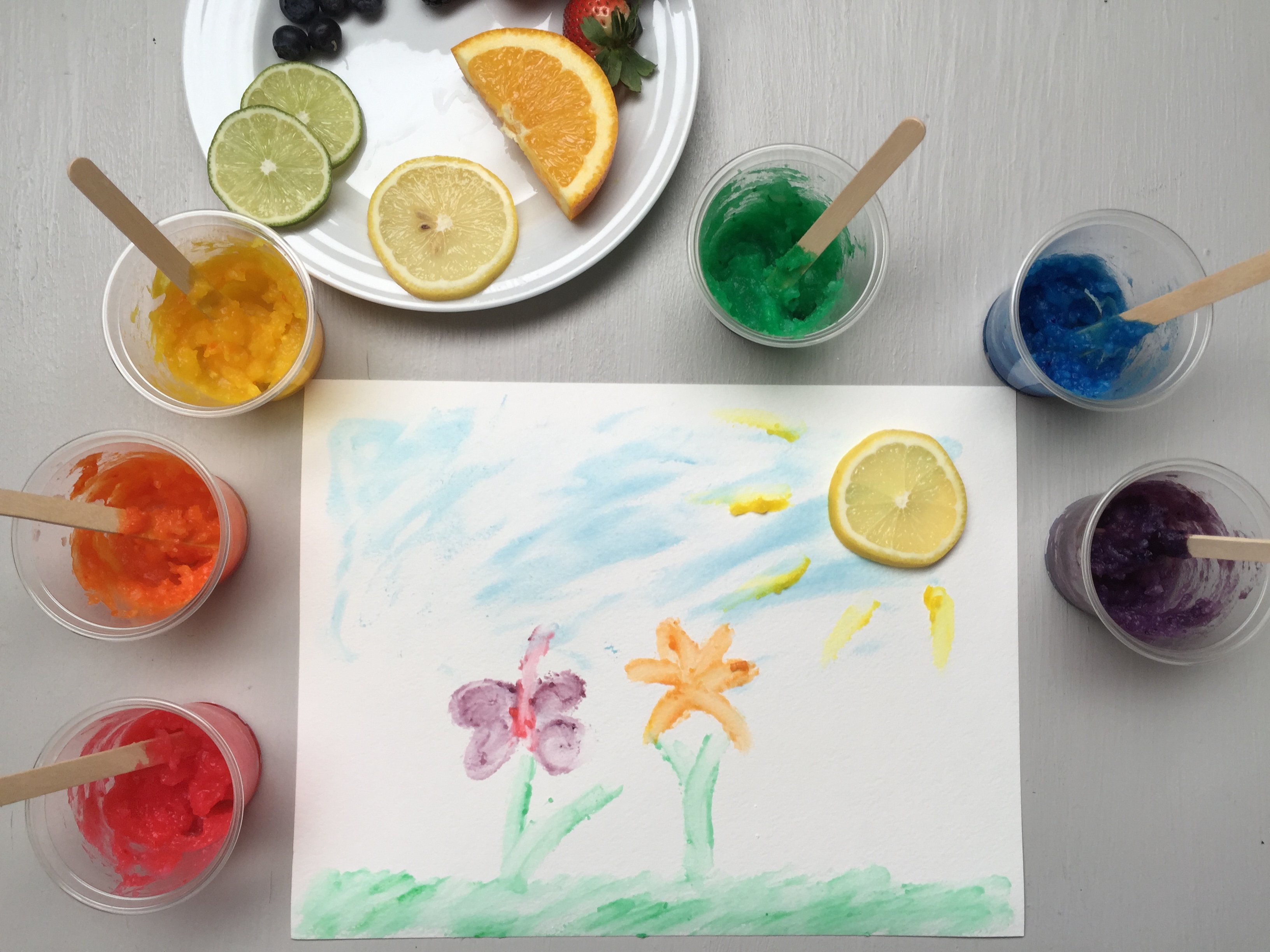 Cook with Chemistry & Experiment with Food 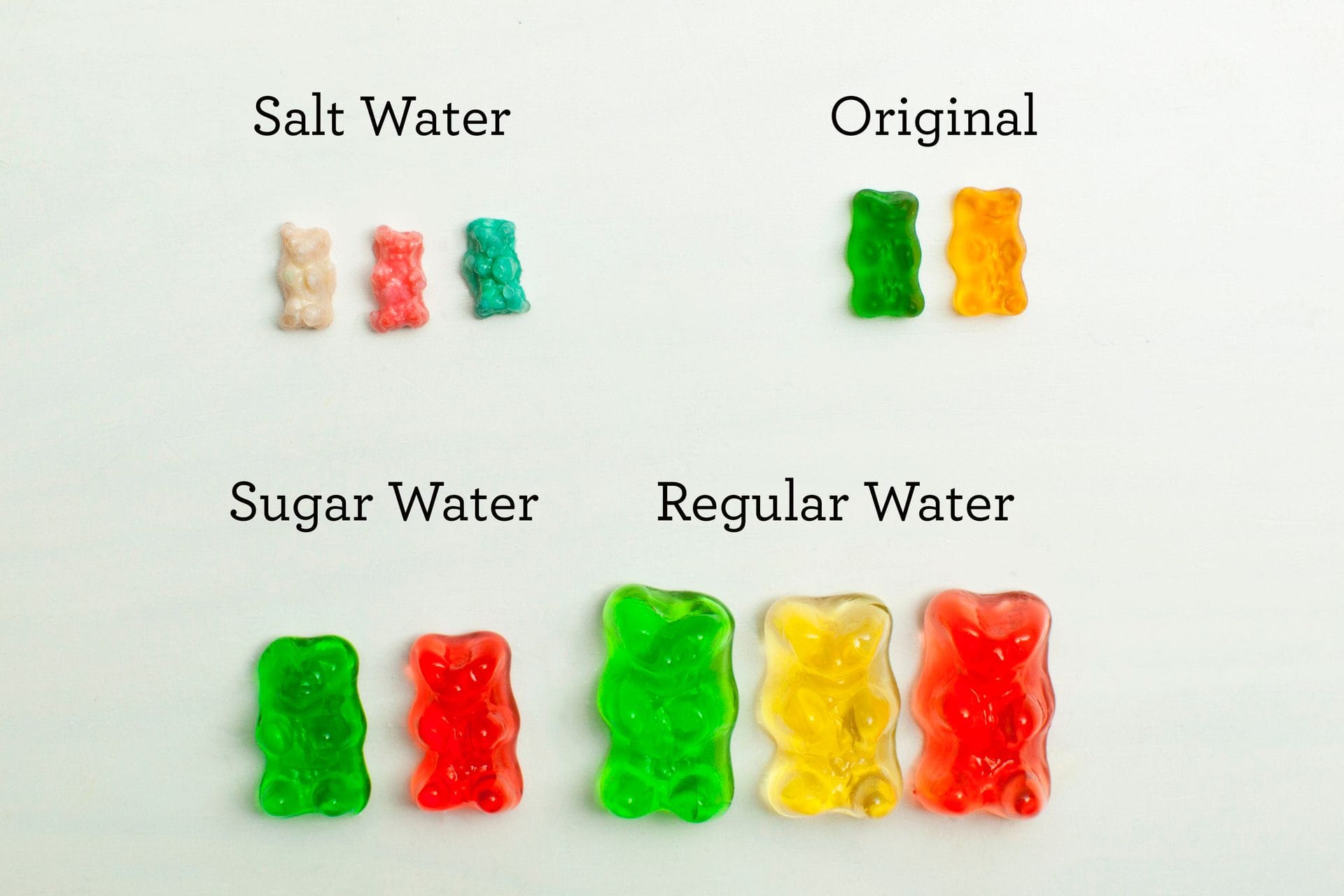 This experiment explores osmosis! That’s a chemistry term for the motion of water through a barrier (like a gummy bear). Watch as gummy bears grow and shrink in different liquids. You’ll start to see results in just a few hours, and you’ll see big changes in size in just a day. 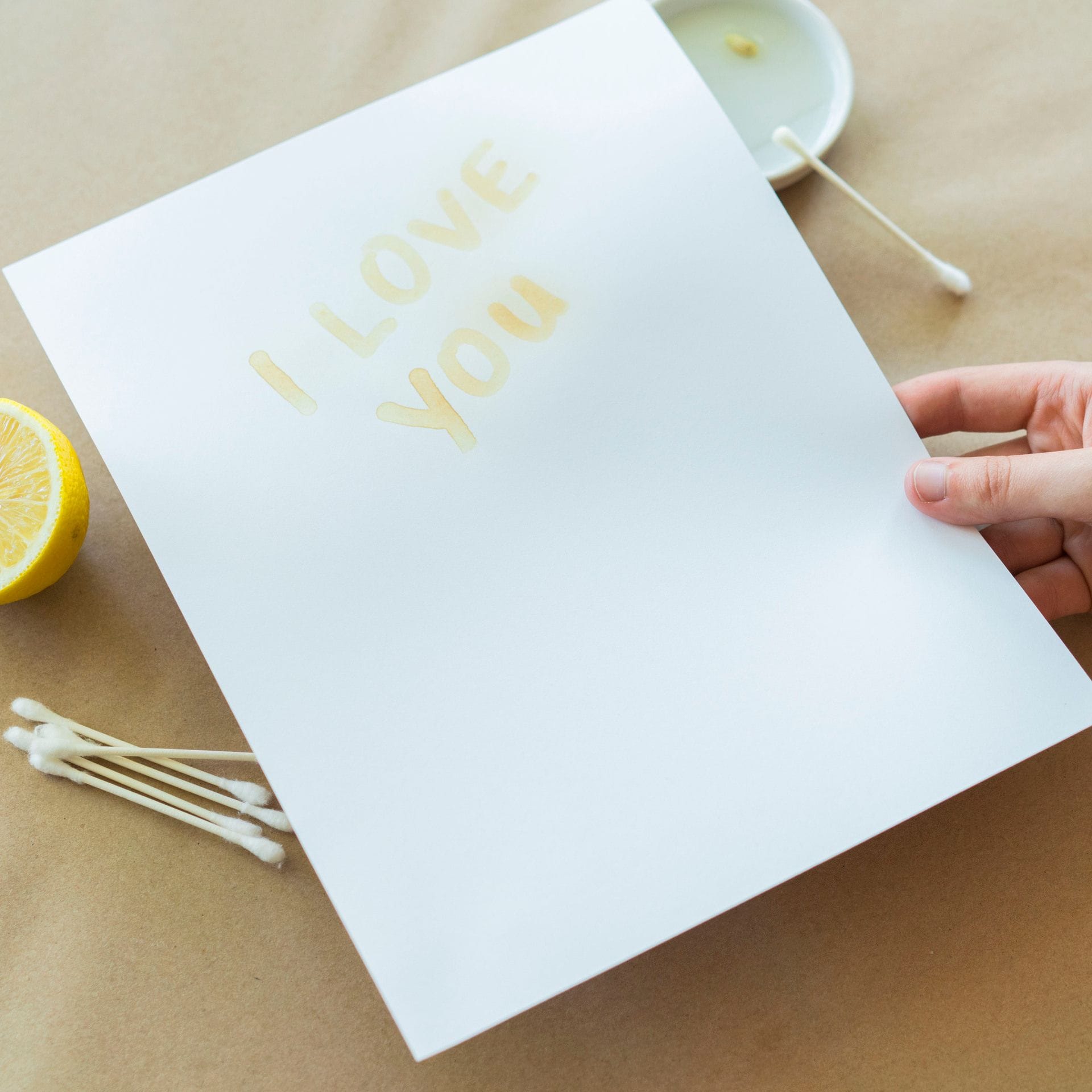 Heating lemon juice causes some of its sugars to react with oxygen in the air (oxidation), which turns these sugars brown. Acids in the lemon juice can also react with fibers in the paper to make more sugars, which again turn brown in the heat. Your invisible ink might seem like magic, but really, it’s all just chemistry.

In this experiment, you’ll observe how carbon dioxide bubbles stick to the grains in the glass, lifting them to the surface of the water. But when the bubbles reach the surface, they pop. Without the bubbles to hold them up any more, the grains sink back down to the bottom. Then the whole process repeats, giving you hopping grains in a cup!

Have you ever noticed that if you slice an apple in the morning, it turns brown by lunch? This is a chemical reaction at work! In this experiment, you’ll learn more about how the oxygen in the air around us causes this reaction (also known as oxidation). Test different liquids to see if you can figure out a way to keep apples fresh from morning to noon. 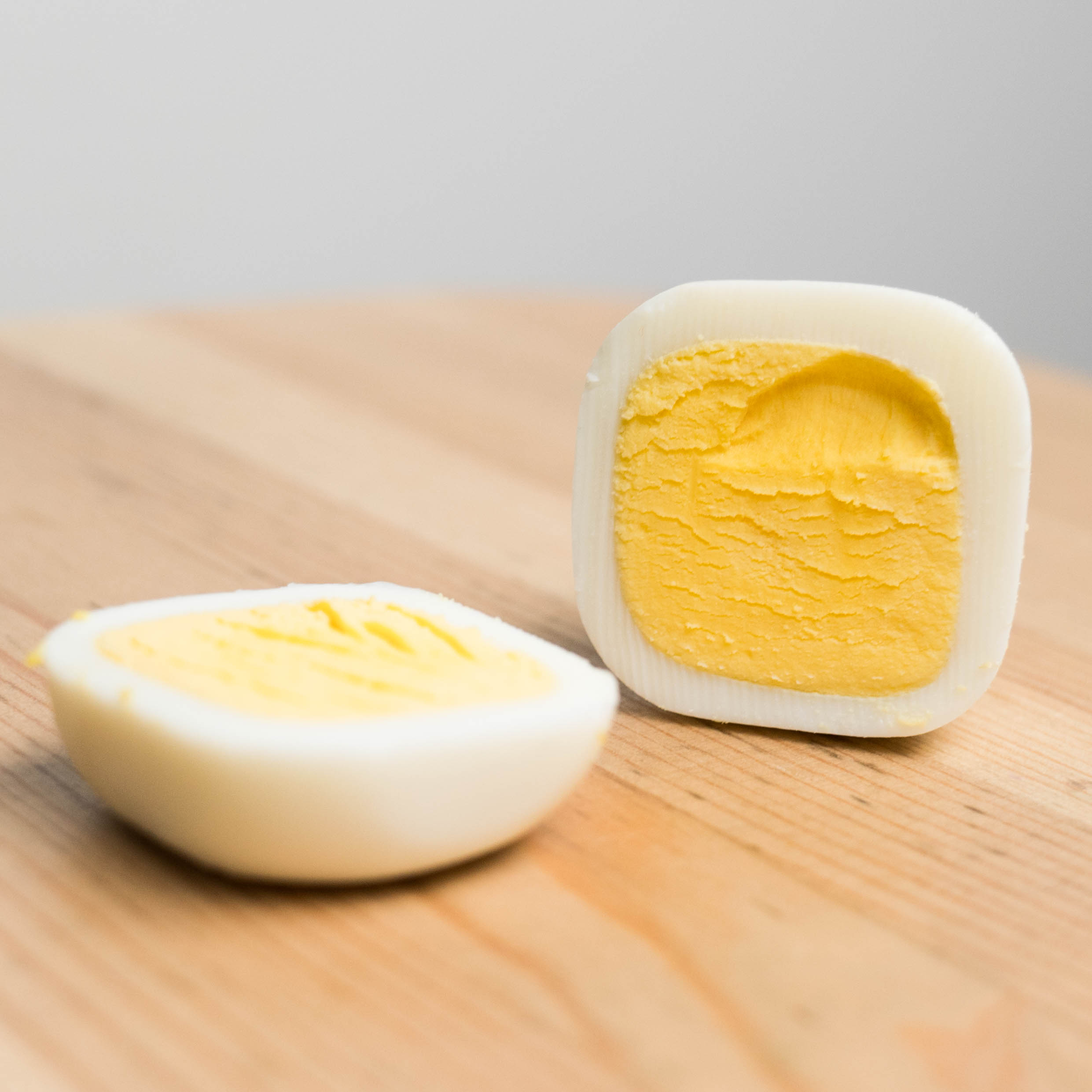 When you hard boil an egg, molecular chemistry is at work. Eggs are made up mostly of two kinds of molecules: protein and water. The proteins in a raw egg are like twisted strings, floating in a watery soup. When you heat an egg, the proteins break their bonds and unfold before making new, stronger chemical bonds between each other. When they’re still hot, though, the bonds between the proteins are moldable, kind of like clay. Try it out in this project and mold an abstract egg!

When you submerge a raw egg in the vinegar, you’ll see bubbles forming on the surface. You’re seeing a reaction between a compound in the eggshell (calcium carbonate) and an acid in the vinegar (acetic acid). This reaction creates carbon dioxide (and some other things) and breaks down the eggshell in the process. The membrane underneath the shell doesn’t react, so it’s left behind. Once the shell is completely gone, all that’s left is the flexible membrane, giving you a bouncy “rubber” egg!

This experiment is just like the egg in vinegar experiment but the addition of fluorescent ink and a black light makes the egg glow! The vinegar dissolves the eggshell leaving a thin membrane. Since membranes let some stuff pass through (like the water in the vinegar and the highlighter fluid) some of the fluorescent molecules travel into the egg. When you shine a black light on the rubbery egg, the fluorescent molecules glow in the dark. 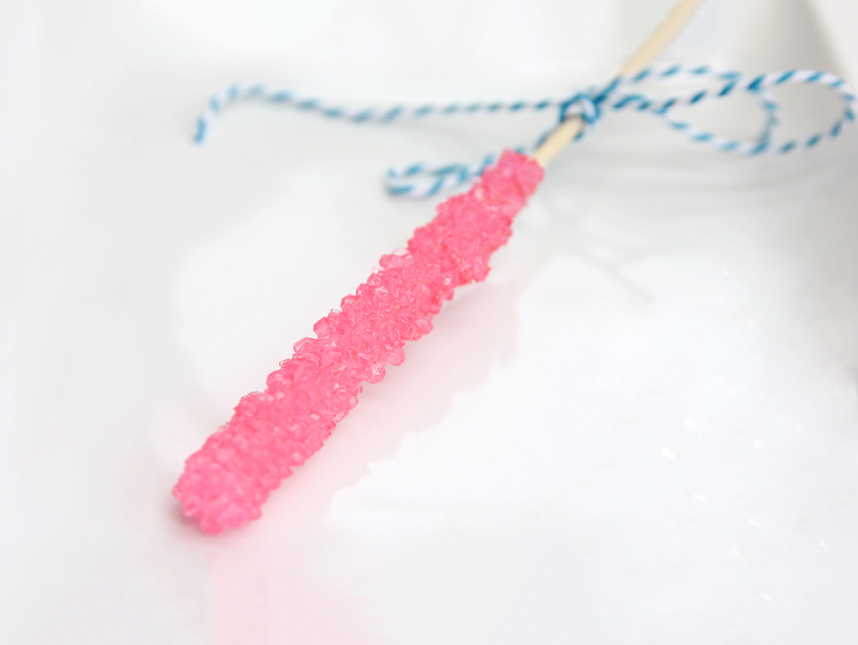 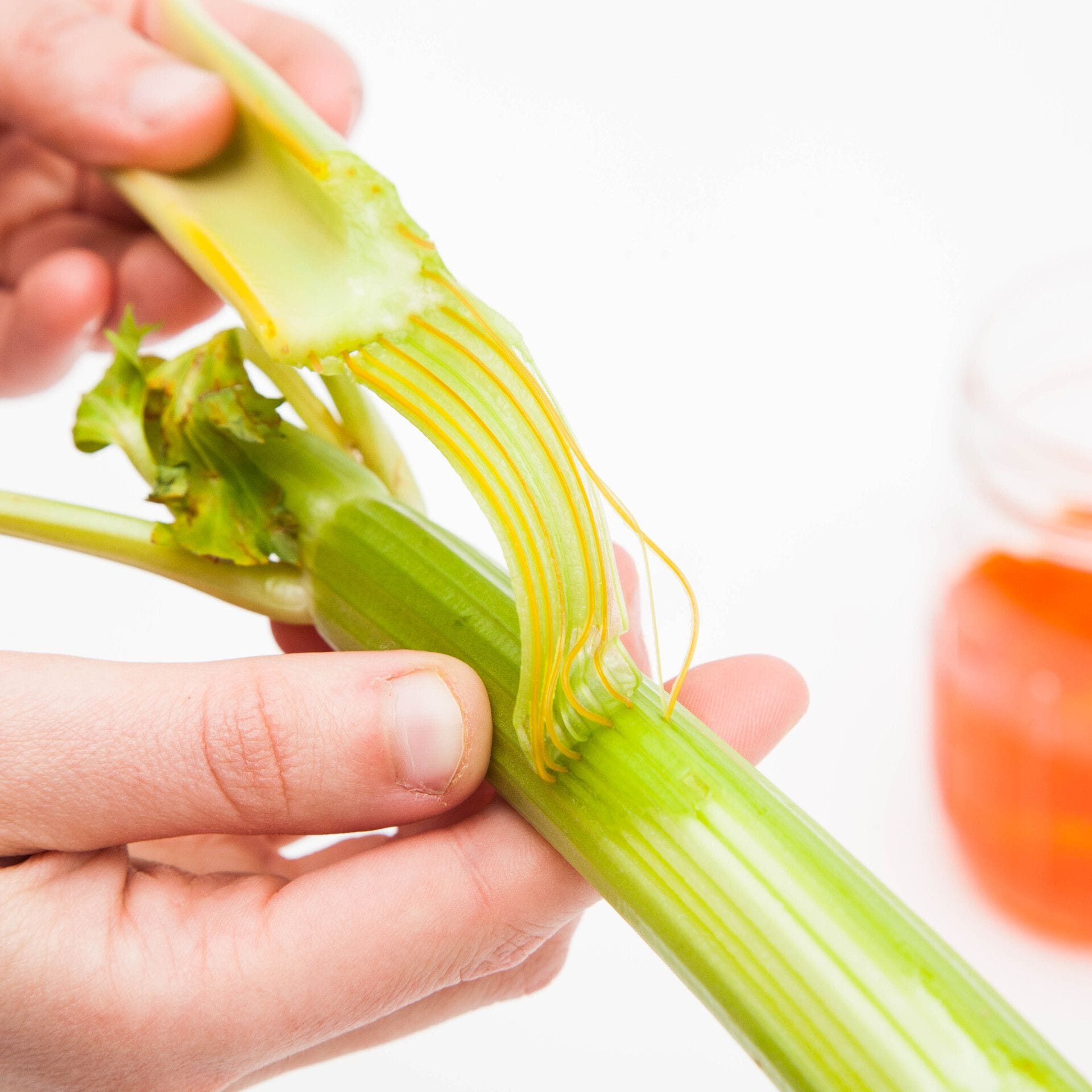 How do plants get water from their roots to their leaves? The answer is tiny tubes inside the stem called the xylem. They draw the water up from the roots like a straw by a process called capillary action. This simple experiment shows capillary action… in action! 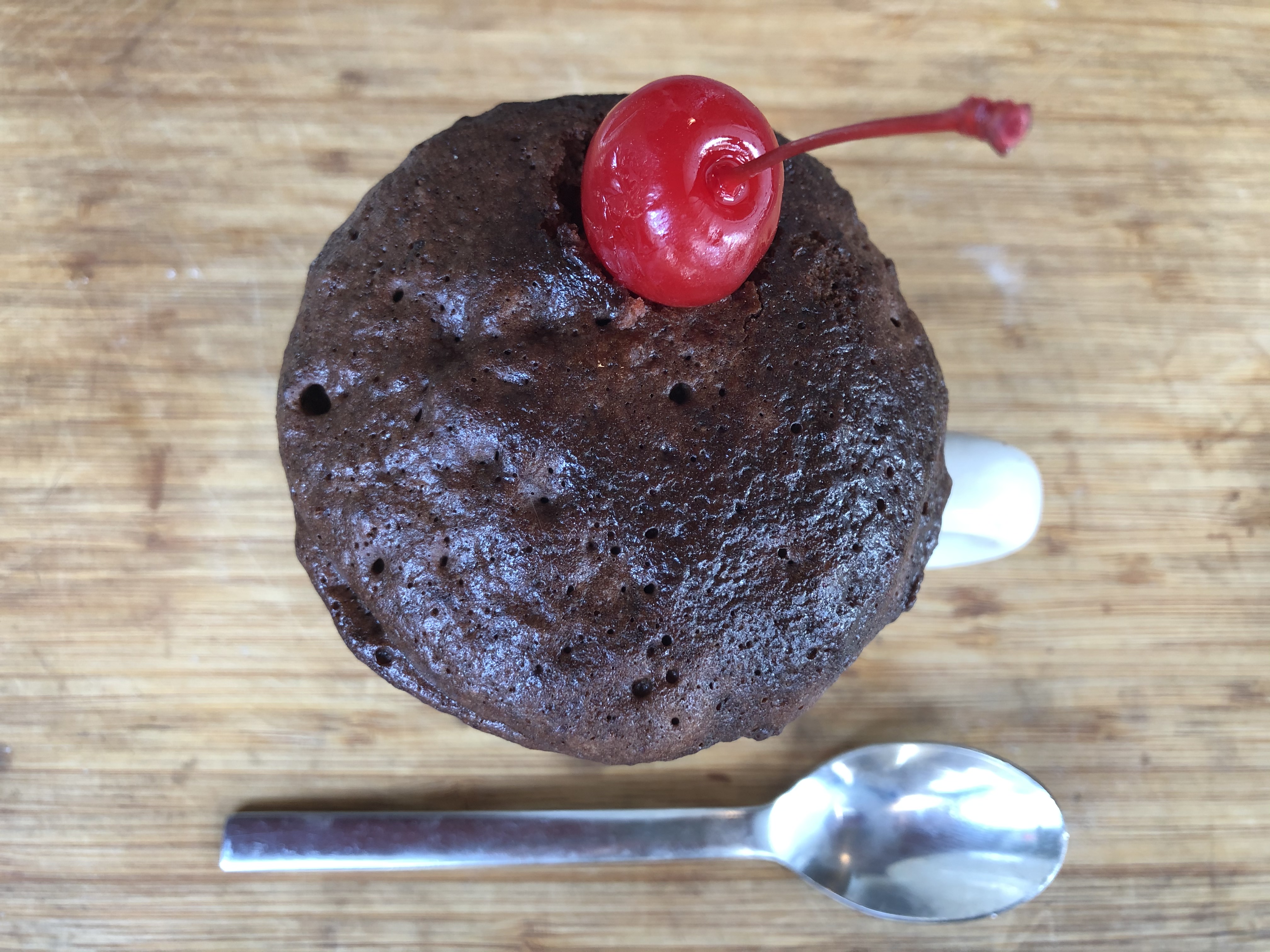 Normally, a cake would take an hour or more to make in an oven, but with a microwave oven, you can make one in minutes! Microwave ovens use waves of energy called – you guessed it – microwaves to cook food quickly. The microwaves go into the food and make water molecules inside move around really fast. The movement creates heat that cooks the food. Make this delicious chocolate mug cake and experiment by adding other ingredients.

Magnets are made of a special alloy – or a mixture – of three types of metal (neodymium, boron, and iron), which allows them to create a magnetic field. This magnetic field pulls on other magnets and metals, like the iron in your cereal!

Spare Some Spices, Soap, and Socks for science 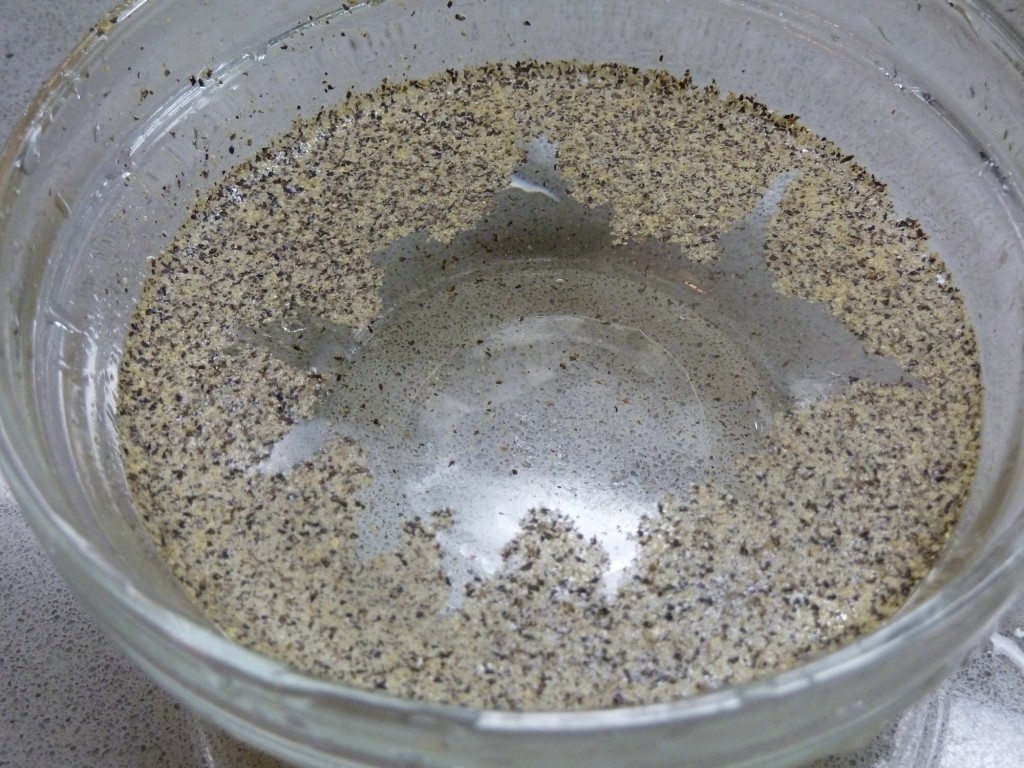 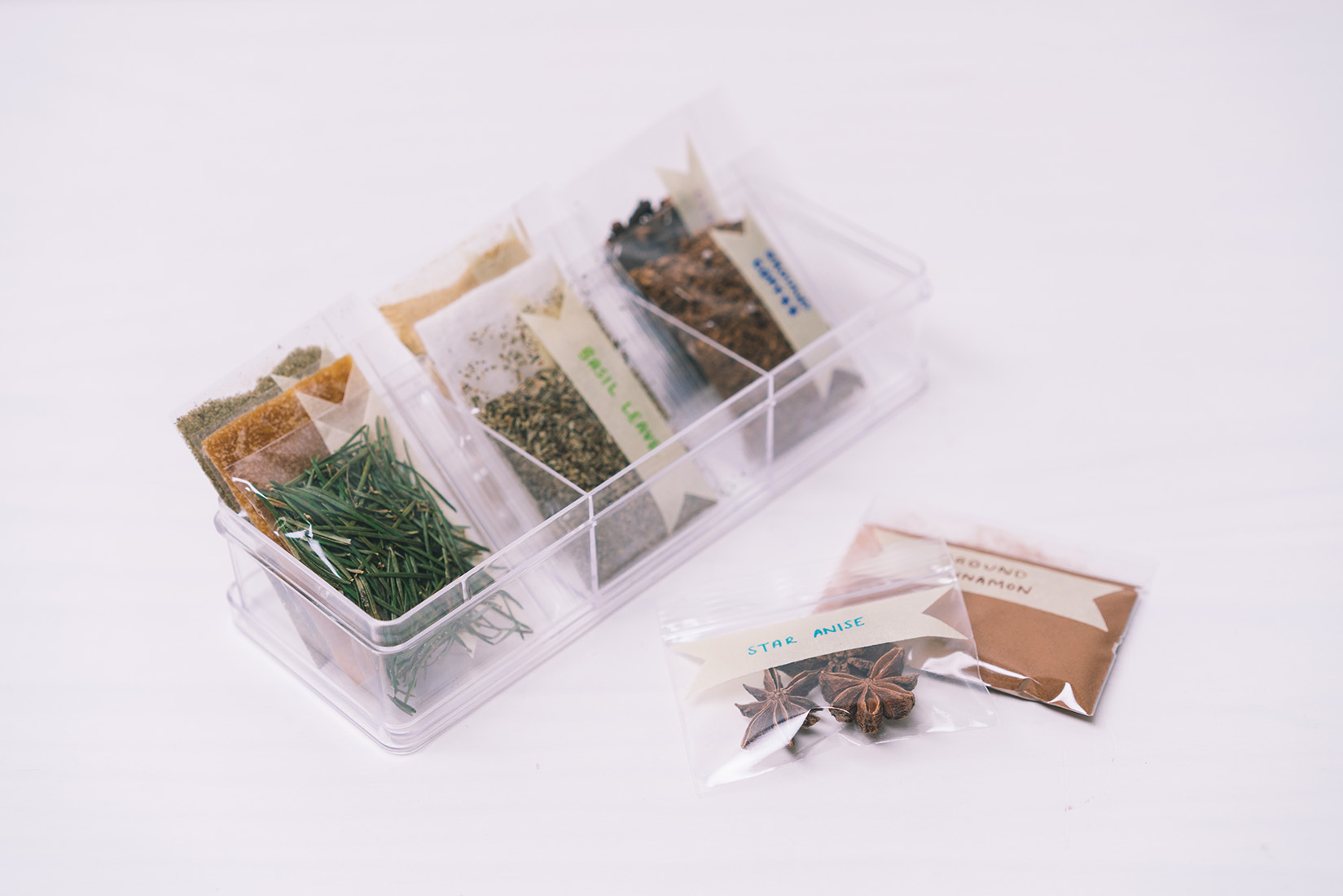 What ingredients and herbs does your family use in their everyday cooking? Try mixing and matching some of the spices and scents to discover your favorite combinations and create a sensory lab!

Make super strong bubbles that won’t want to pop! Bubbles are made up of three layers. The outside and inside walls consist of soap molecules and between them is a really thin layer of water. Bubbles pop on their own when the water between the soapy walls evaporates. Adding soap and corn syrup to water helps make stronger bubbles because soap and corn syrup molecules can squeeze in between water molecules and help the film of water stretch out without breaking! 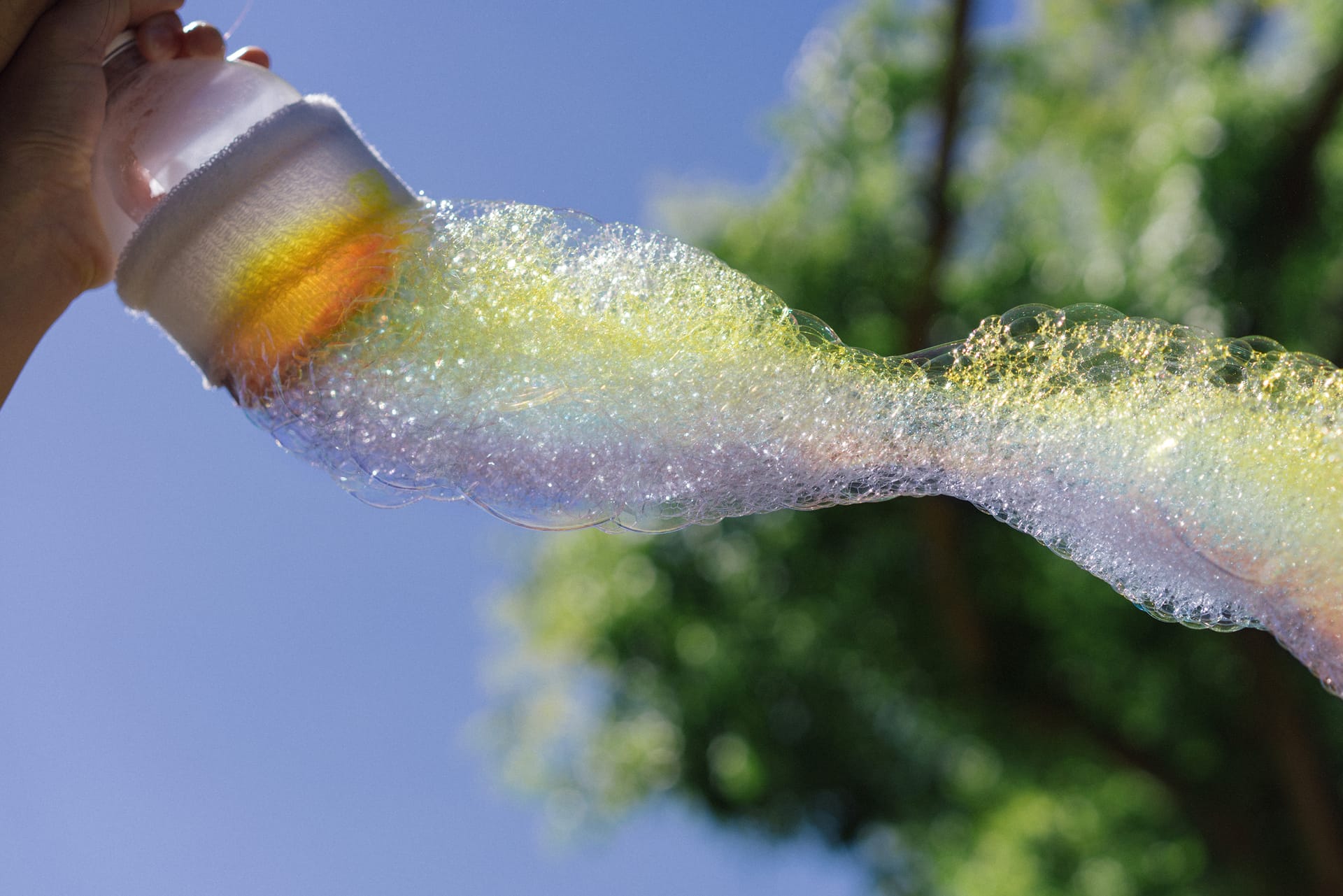 Want more bubbles? Grab soap, a (clean) sock, and a plastic bottle to make a ton of bubbles at once! When you attach a sock to the end of a plastic bottle, it acts like a bubble wand. The bubbles push through the tiny holes in the fabric and connect into a superstring of soapy suds!

Got a Bunch of Baking Soda or Borax? 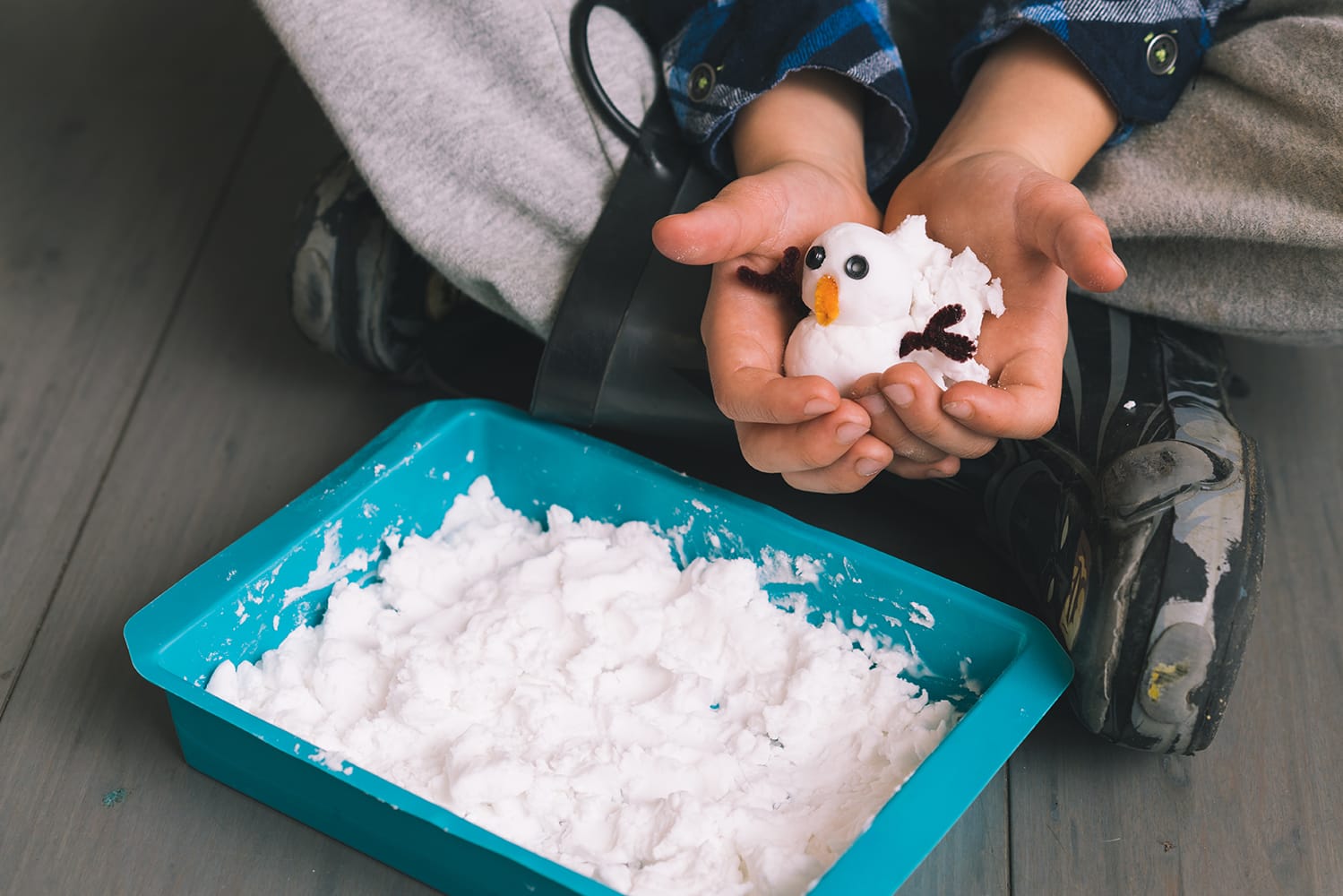 Glue contains some super-long molecules called polymers. In the glue, these polymers are free to float around without getting tangled up with each other. But when you add borax, a chemical reaction takes place. That reaction causes the long polymer molecules to stick to each other. This makes it impossible for the molecules to slide past each other, and that’s what turns the liquid glue into a bouncy ball. This type of reaction is called cross-linking. Real rubber balls also get their bounce from cross-linked polymers!

Fizz, fizz, zoom! This baking soda experiment boat is easy to build and fun to race. If you’ve ever dropped a fizzy tablet into a cup of water or made a baking soda volcano, you’ve made the same chemical reaction used here. But this time, we’re using that reaction to power a soda bottle boat!

Use a chemical reaction to inflate a balloon without using your hands! Acids (like vinegar) and bases (like baking soda) do something special when they’re combined. This chemical reaction creates something completely new: carbon dioxide gas! That’s what will bubble up and create all the foamy fizz in your bottle. And once you stretch the balloon over the bottle’s mouth, you create an airtight seal. Then the gas flows up into the balloon, causing the balloon to inflate! 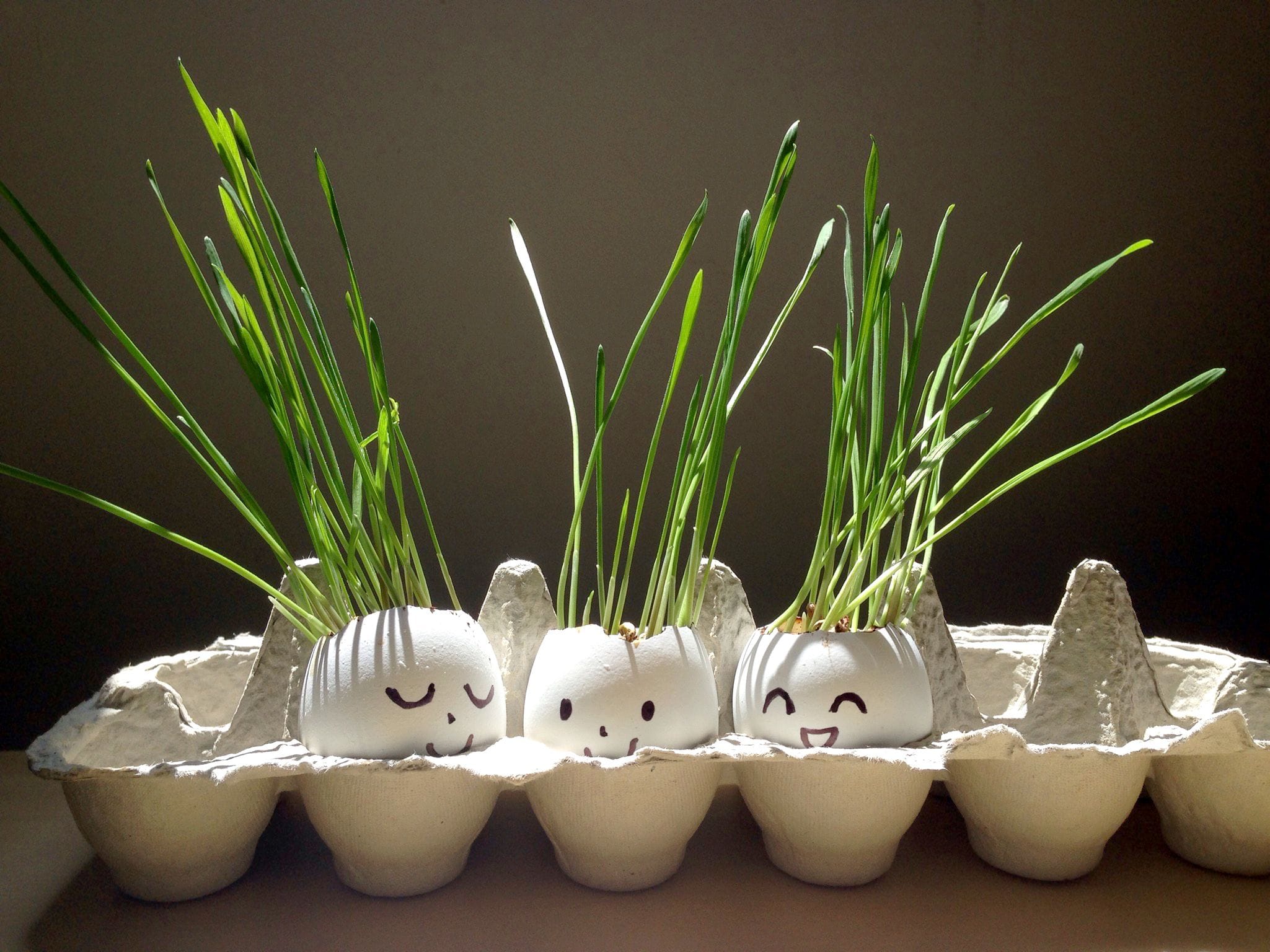 These little eggheads are an adorable project! Just plant the grass seeds and watch the hair grow. You can even use these eggheads as seed-starter pots because they are biodegradable and full of calcium for your plants!

Water Flow Experiment in a Bag

Water likes to stick to surfaces or objects (this is called adhesion), which is why a piece of yarn will emerge wet after being submerged in water. Water molecules also like to stick to each other (this is called cohesion), which is why water poured from a bag will cling to the wet yarn and follow the length of the string in a gravity-defying stream. 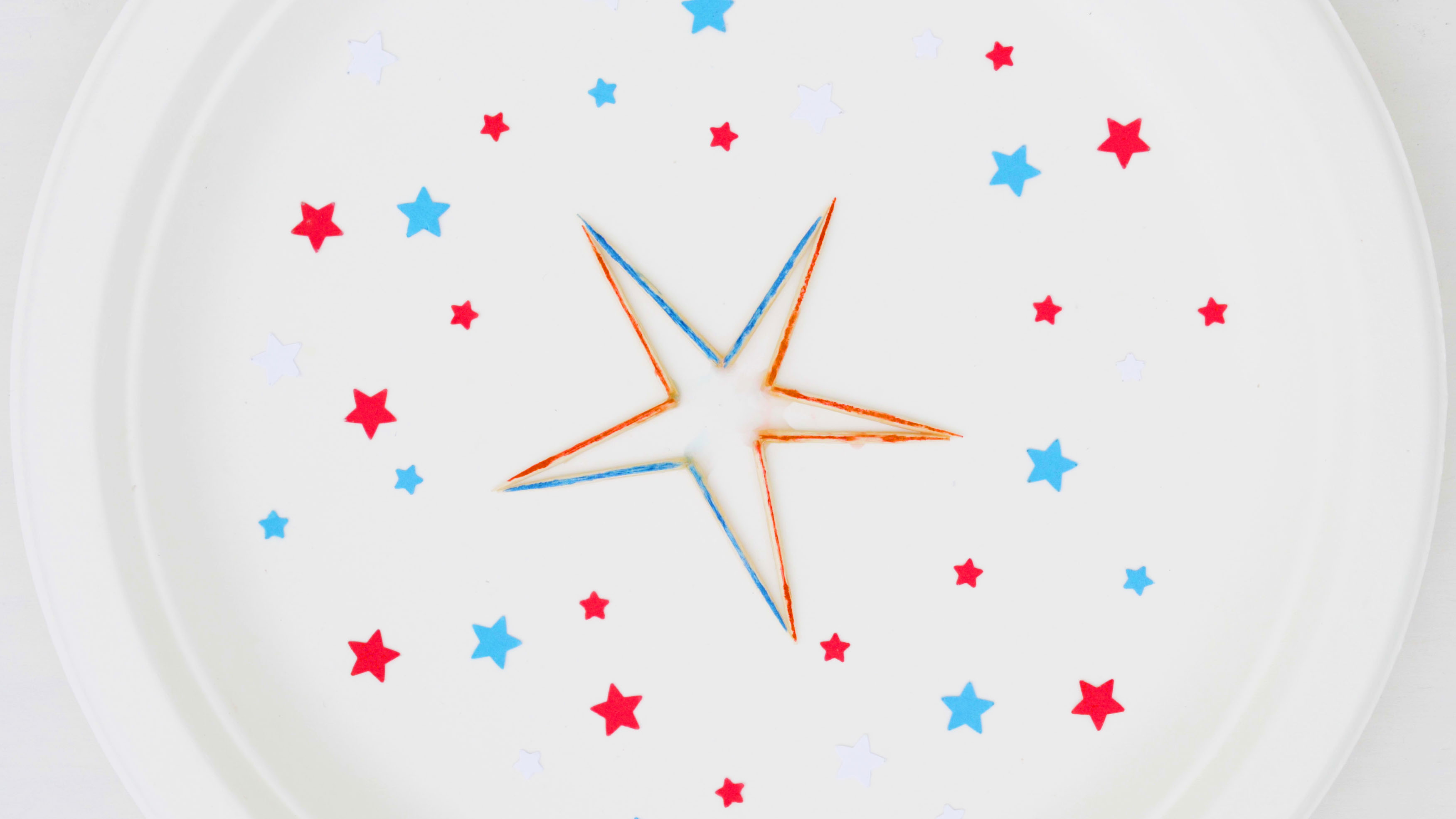 This growing star trick works thanks to wood’s ability to absorb water. The water soaked into toothpicks and caused the wood to swell, just like a sponge expands when you soak it in water. The expanding wood caused the toothpicks to start to straighten. Because all of the toothpicks push against each other, they opened up to form the star shape you saw. 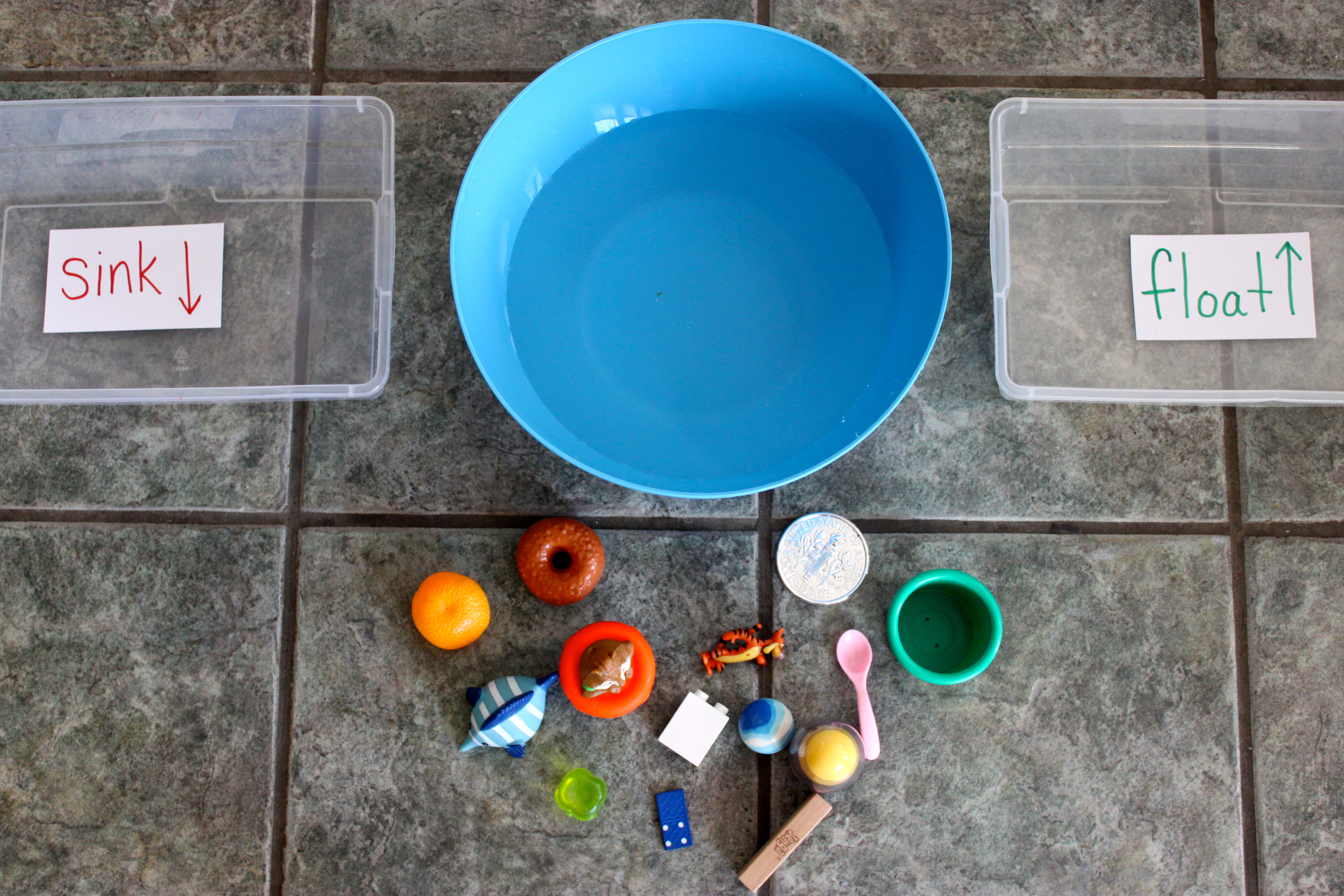 This simple sanity-saver is great for entertaining the little ones. Have your child collect some water-safe toys and items around the house to test out which ones will stay afloat.